USD is weakening against EUR and GBP and has ambiguous dynamics against JPY.

Investors are focused on a package of assistance to the US economy in the amount of $2 trillion, which was agreed by the Senate. The exact conditions are still unknown but most likely they will include payments up to $1,200 to individuals and up to $2,400 for married couples, also $500 for each child. It also provides for the allocation of funds for small businesses in the amount of 350 billion dollars in order to reduce the number of layoffs and maintain the size of wages. The final vote on the bills is scheduled for Wednesday.

EUR is growing despite the poor Ifo business climate index from Germany. The indicator fell from 96.0 to 86.1 points, which is worse than market expectations and is the lowest since the 90s of the last century. German business looks at the current situation very negatively and does not expect improvements in the near future. Losses in the economies of European countries are forcing the EU leadership to launch the European Stability Mechanism and allow the block members to borrow up to 2% of GDP. This system is expected to work soon. 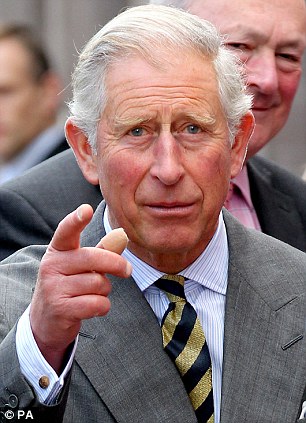 GBP is strengthening against its main competitors – EUR, JPY, and USD.

The February inflation data released in the UK today was ambiguous. On an annualized basis, the consumer price index fell from 1.8% to 1.7%, while on a monthly basis it grew stronger than market expectations – from –0.3% to 0.4%. GBP is strengthening despite the difficult situation with the epidemic of coronavirus. The number of infected exceeded 8K; today it became known that even the heir to the British throne, Prince Charles, became infected with the disease. On Wednesday, the British parliament should finally approve the bill on emergency powers of the government, after which it is likely to close and continue further work via teleconference.

JPY is weakening against EUR and GBP but has ambiguous dynamics against USD.

Investors are focused on the publication of a summary of the opinions of members of the Bank of Japan. According to the document, nine members of the regulator are deeply concerned that the virus epidemic could cause a serious blow to the Japanese economy, which is already under pressure, after raising the sales tax last year. In particular, doubts were expressed about the rapid recovery of GDP after the epidemic was eliminated. Moreover, the Japanese economy may continue to stagnate even after the economies of other countries recover. Under these conditions, the regulator will continue to respond to the situation if necessary.

AUD is strengthening against EUR, JPY, and USD but has ambiguous dynamics against GBP.

Due to a lack of significant economic releases, the movement of AUD is generally driven by technical factors. The situation in the country remains difficult, as in most other countries. According to Westpac economists, the current epidemic could cost a loss of 5% of Australian GDP. The Australian government is struggling with the aftermath of the pandemic through the allocation of funds to support business, and the RBA with the purchase of securities. Since the end of last week, the regulator has already acquired bonds worth over 13 billion Australian dollars.

Prices are falling, despite the approval of a new package of assistance to the US economy in the amount of $2 trillion and a decrease in US oil reserves by the API by 1.250 million barrels. Investors continue to be frightened by the rapid decline in demand for oil and fuel associated with the introduction of quarantine in a number of large countries and the ensuing reduction in foreign and domestic traffic. In the evening, the market awaits the EIA report on oil reserves. According to the forecast, oil reserves may grow by 2.774 million barrels. In this case, the pressure on oil quotes will increase.