Crude Oil Price Update – Trader Reaction to $24.50 Will Set the Tone on Wednesday Based on the early price action and the current price at $24.03, the direction of the May WTI crude oil market on Wednesday is likely to be determined by trader reaction to the pivot at $24.50.

U.S. West Texas Intermediate crude oil futures are trading slightly higher on Wednesday, but off their high, suggesting traders aren’t too impressed with the announcement of an agreement on the $2 trillion stimulus bill which is expected to be passed through Congress later on Wednesday. 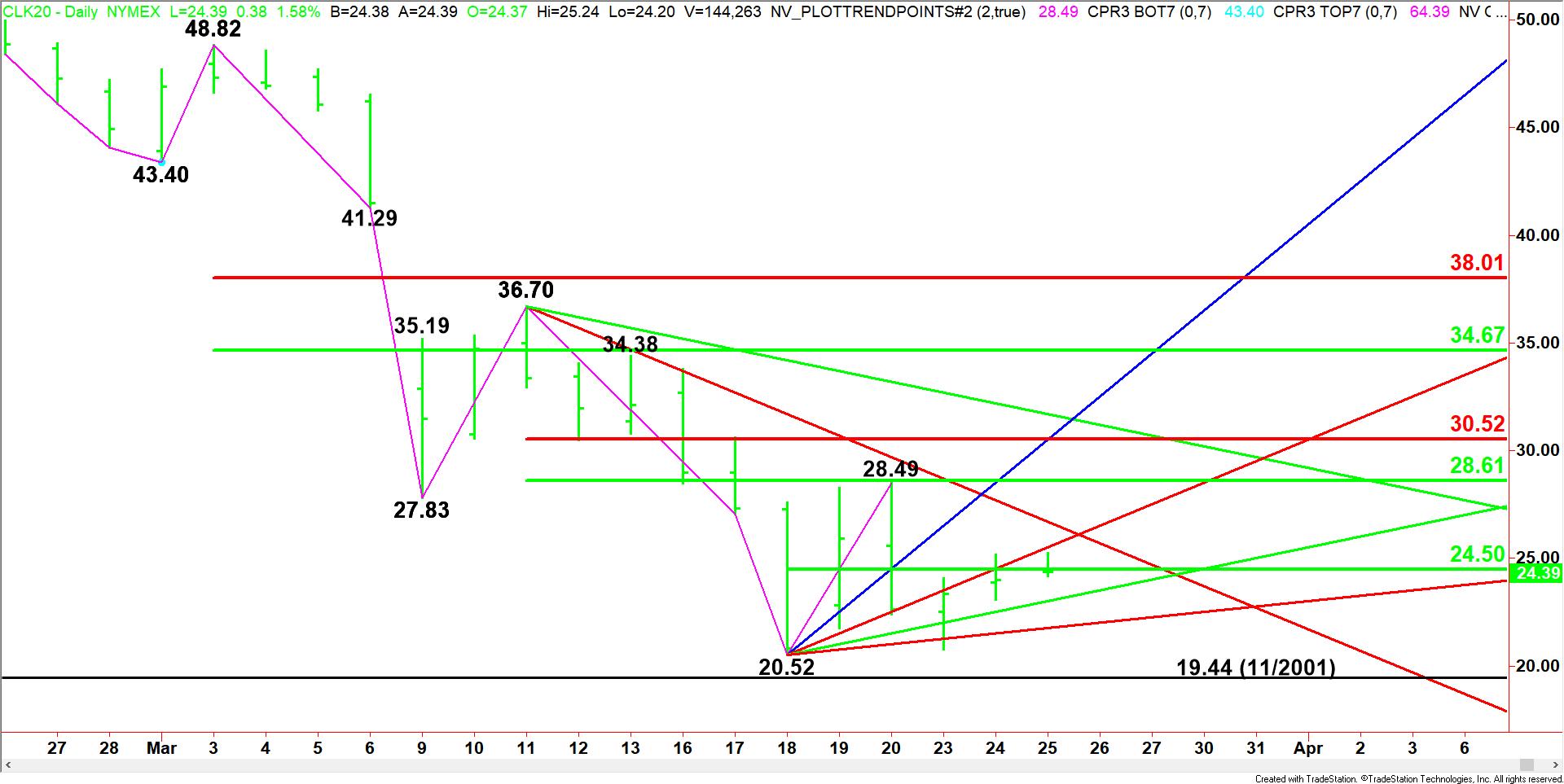 The main trend is down according to the daily swing chart. A trade through $20.52 will signal a resumption of the downtrend. A move through $36.70 will change the main trend to up. This is highly unlikely today unless Russia and Saudi Arabia end their price war.
The minor range is $20.52 to $28.49. Its 50% level or pivot at $24.50 is likely to control the direction of the market on Wednesday.

Based on the early price action and the current price at $24.03, the direction of the May WTI crude oil market on Wednesday is likely to be determined by trader reaction to the pivot at $24.50.
Bearish Scenario
A sustained move under $24.50 will indicate the presence of sellers. This could trigger a break into a pair of uptrending Gann angles at $23.02 and $21.77. The latter is the last potential support angle before the $20.52 main bottom.

The next major downside target is the November 2001 bottom at $19.44. If this price fails, it’s anyone’s guess where the selling will stop with some experts calling for $10 crude at some point this year.

Bullish Scenario
A sustained move over $24.50 will signal the presence of buyers. Overtaking the uptrending Gann angle at $25.52 will indicate the buying is getting stronger with the next target angle coming in at $26.70.